With humble beginnings at our Aqualink Centres and local little athletics programs, these Olympians have been training hard and we are so proud of their efforts.

Hailing from the Nunawading Swimming Club at Aqualink Nunawading, Brendon had a fantastic run at the Olympics. He brought home a bronze medal in the Men’s 400m Individual Medley. Brendan also achieved a new personal best and Commonwealth record in the heats with a time of 4:09.27.

Brendon and his family have a long history with Nunawading Swimming Club. Brendon’s grandmother Margie Smith was one of the original swimming teachers when the club was established over 60 years ago, and his family have been long term supporters of the club. Brendon is the club’s first athlete to progress from the Learn to Swim program, to the swimming club where he trained as a high performance athlete, all the way to the 2020 Olympics.

Matt Temple, also of Nunawading Swimming club, won two bronze medals following his outstanding efforts in the Men’s 4x100m Freestyle Relay and the Mixed 4x100 Medley Relay. In the Men’s Relay, Matt achieved a 48.07 PB split and split a sub-PB of 50.26 in the Mixed Relay.

Matt started training at Aqualink Nunawading with the Nunawading Swimming Club in Year 12. His interest in swimming was waning and he had to decide whether he would stop or continue with the sport. He and his family decided to move from his small club in Greensborough to Nunawading.

In Sporting News’ ‘Remember the Name’ podcast, Matt described this decision as one of his “best yet.”

“Nunawading was about an hour from where I lived at the time. That was it... we moved everything over to that side of town and now we’re pretty much operating from that side of the town and I couldn’t have done it without them.”

“It’s a big part of my career and that’s pretty much what’s got me this far.”

Brooke represented Australia in the long jump at the Tokyo games, placing seventh in the women’s final.

Brooke’s athletics career began at Nunawading Little Athletics Centre, where she won the under-9 state title in long jump. There began an illustrious career in the sport, including a personal best of 7.05 metres that broke the 14-year-old Australian record in 2016. 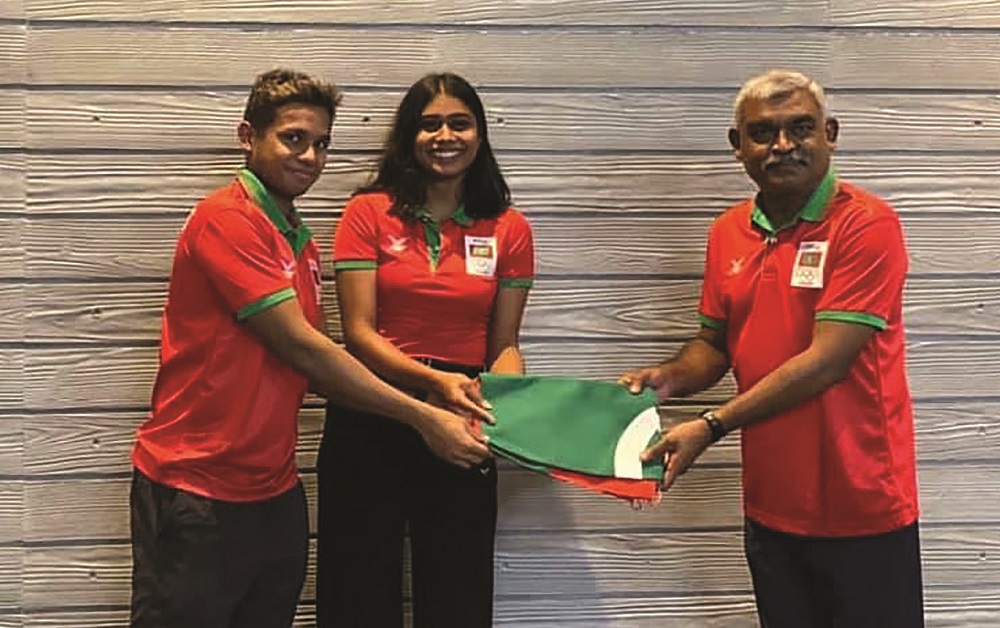 Mubal (pictured far left) was born in the Maldives and came to Australia to complete his Year 12 studies. A member of the Maldives National Swim Team, Mubal has been training with Surrey Park Swimming at Aqualink Box Hill since 2018.

Mubal had the honour of representing his birth country as one of the flag bearers for the Maldives at the opening ceremony. At the games, he competed in the Men’s 100m Freestyle Heat where he placed sixth.