Whitehorse City Council are the caretakers of many wonderful treasures that make up the Whitehorse Art Collection.

Established in 1927 by the former City of Box Hill, the collection was developed from a core of artworks created by artists who attended the Box Hill Artists Camp in the 1880s.

Below is a highlight of eight of the treasures from the Whitehorse Art Collection that now includes over 1700 works. Descriptions of each treasure can be found under the image gallery. 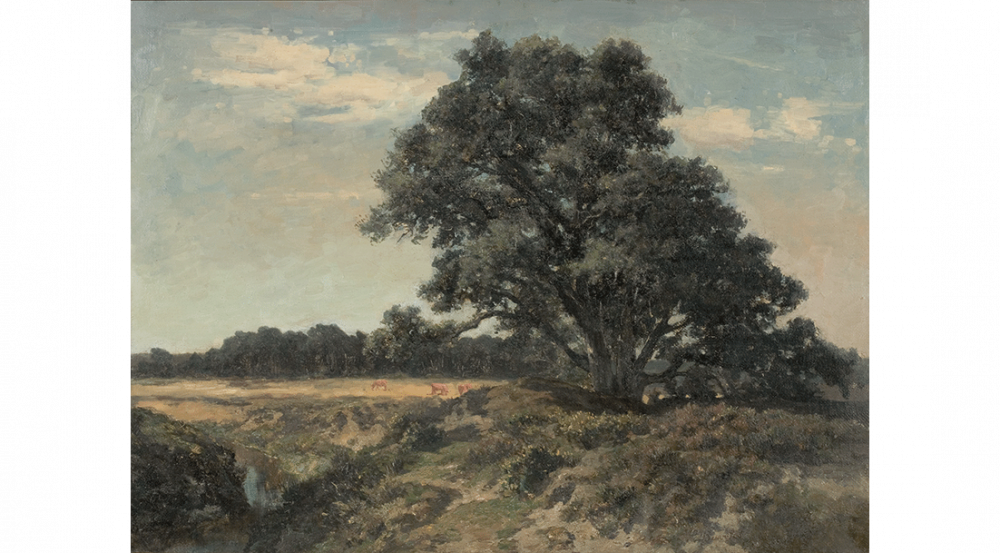 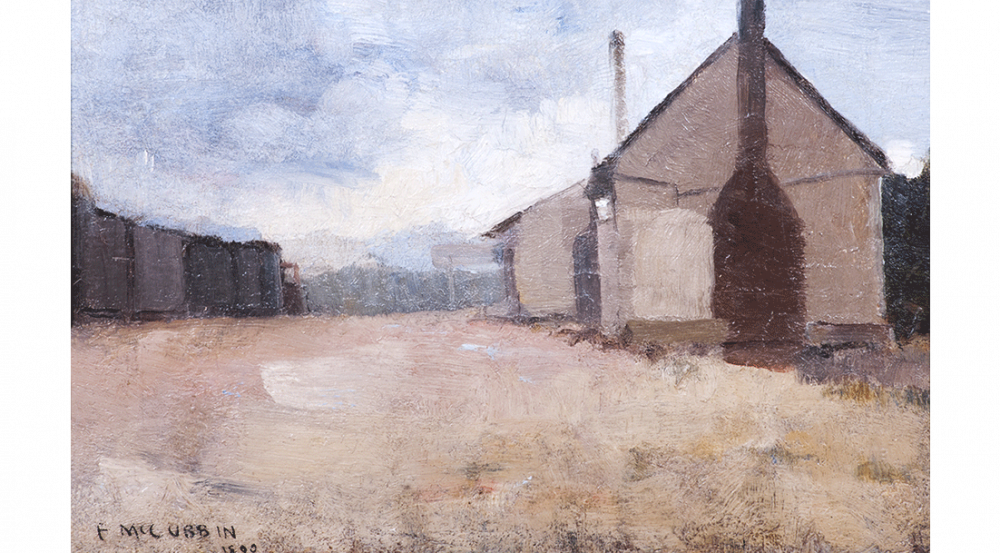 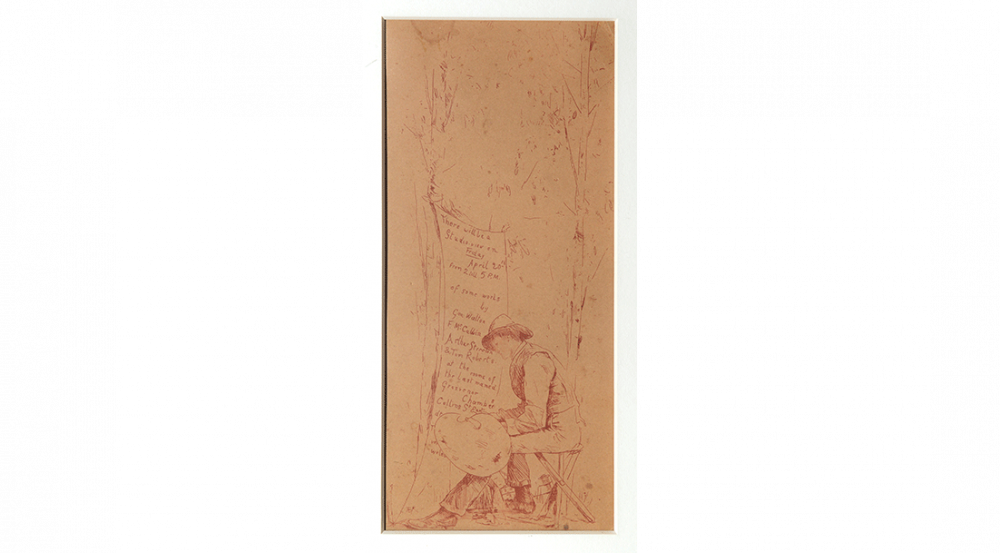 003 - Tom Roberts - Invitation to the afternoon opening of Grosvenor Chambers, 1888 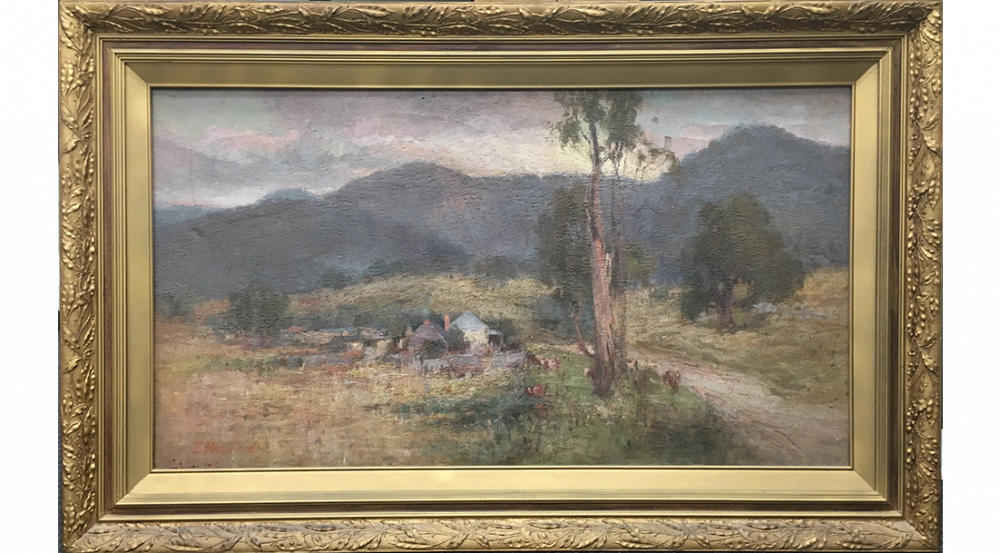 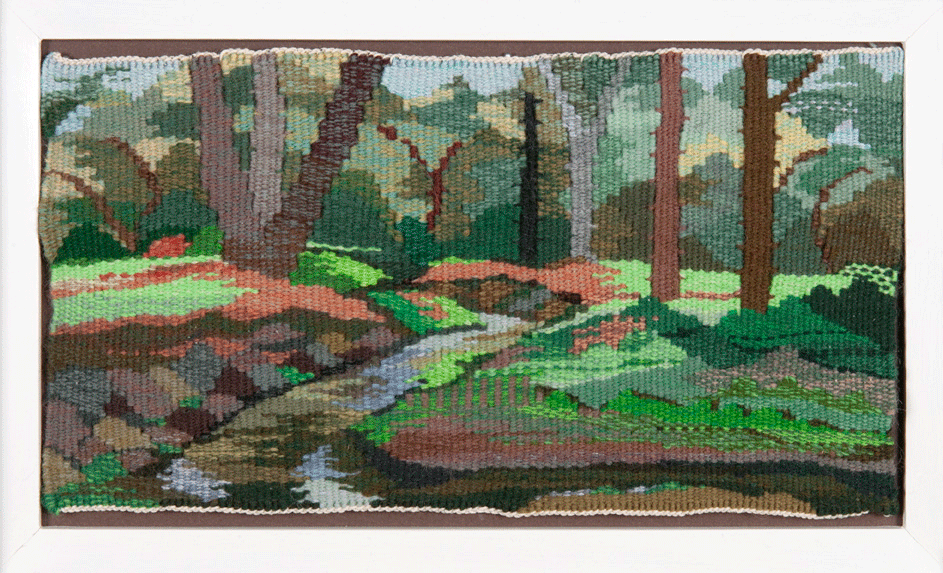 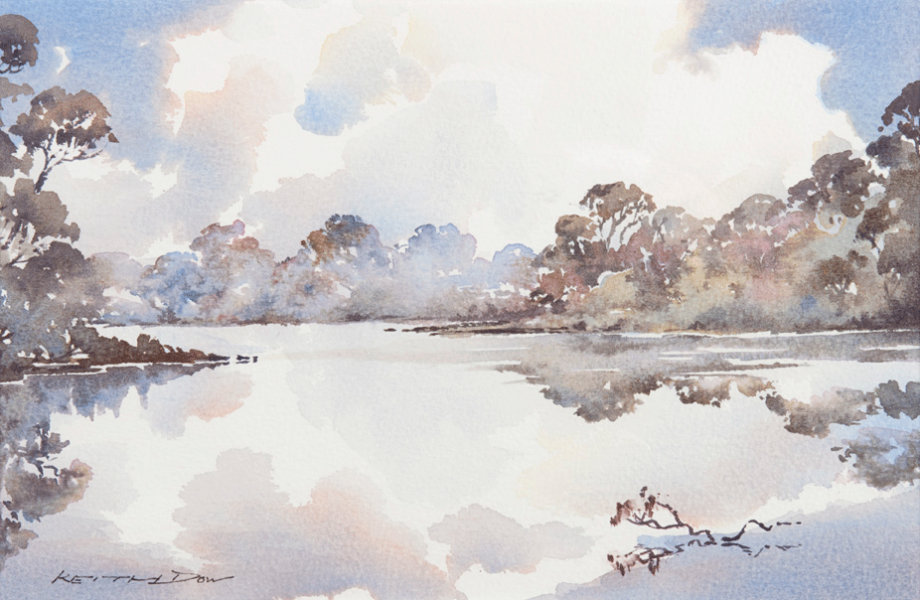 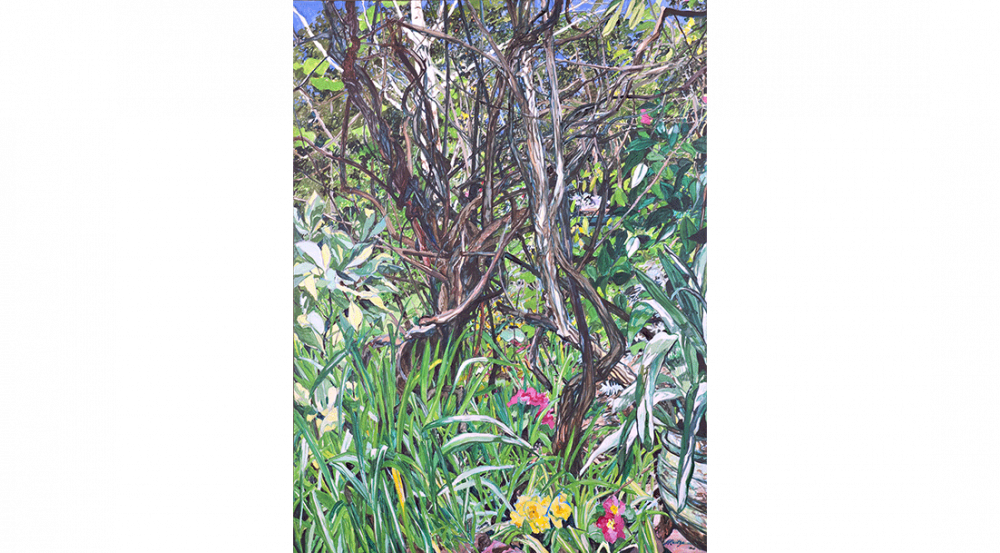 Descriptions of the Artspace Hidden Treasures

Buvelot’s The Big Tree portrays a large tree along the winding reaches of Gardiners Creek. Perhaps, this painting was viewed by Tom Roberts and Frederick McCubbin when students of the charismatic Buvelot. It is dated circa 1869, and Buvelot is known to have encouraged his students to sketch and paint directly from nature.

This work certainly isn’t a ground-breaking depiction of the Australian landscape. It is an image of a landscape in transition – from bush to farmland. The Big Tree celebrates the majesty of an old Indigenous tree which grew from seed, long before European settlement.

Undoubtedly, one of the most important works in the Whitehorse Art Collection, is Frederick McCubbin’s Box Hill Railway Station. This small, sketchy work, was painted in thick oil paint with broad spontaneous brushstrokes. It was likely painted while McCubbin waited to catch the train at Box Hill.

Box Hill Railway Station was opened in 1882 on the south side of Main St. The Station was lowered beneath Station St, in the 1980s, with the thriving Box Hill Central shopping centre being developed above it. What changes this part of the municipality has seen!

The work was gifted to the Art Collection around 1950, by McCubbin’s son Louis McCubbin.

After returning to Melbourne, from studies in Europe, Tom Roberts encouraged his friends to join him at an artists’ camp at Box Hill to paint en plein air. He was keen his friends paint in the open, directly on canvas or board, using thick, broad brushstrokes of unmixed paint.

During 1885-1889 the artists worked together capturing the changing effects of light on the landscape, with their subject matter being the unique Australian bush.

This, an invitation to an exhibition launch at Grosvenor Chambers, was created for the family and friends of the artists involved. Both this, and a larger invitation, feature an image of Arthur Streeton, sketching at the Box Hill Artists’ Camp.

A Bush Home, Healesville Landscape is a soft, atmospheric depiction of a country homestead. When shown in the Annual Exhibition held by the Victorian Artists’ Society in 1906, her depiction of the sky was called ‘muddy’ by a contemporary reviewer from The Argus.

Viewing it today, Hayward’s work can be understood in the in the context of en plein air painting. Instead of an idealised bright blue Australian sky, Hayward’s muted wash of colours captured a hazy day in the mountains. Her sensitive treatment of light and tone reflects initial tutelage from noted artists and teacher, Walter Withers. One of his most talented students, her fluency in Australian landscape painting is finally recognised.

A successful and ambitious artist, she stated the goal of her art was 'to interpret the message of the Australian bush.' The intimate connection she felt to the nature comes across in this landscape. It captures the sweep of the Yarra River through the leafy banks of Warrandyte. The way Southern depicts light suggests both life and movement. Warrandyte was a particularly beloved location for Southern. Much of her life was spent living and painting in the Yarra Valley.

Artists have chosen not only to paint the local landscape en plein air but to weave tapestries of the environment. Impossible, one may think, but with focus and speedy hands, Box Hill textile artist Cresside Collette created this impressive work in 2007.

Of her work, freelance curator Alison French said ‘initiating the practice of en plein air tapestry by weaving on the spot, (Collette responds to the) phenomena of light, colour and tone emanating from the natural environment’.

Council was delighted that Ms Collette, a local resident, had chosen to re-envision the same environment that the famous Box Hill artists were drawn to in the 1880s.  This work is another legacy of the Box Hill Impressionists.

Environmentalist and artist, Keith Dow, was invited to paint a series of five studies of Blackburn Lake in 2010. Here is just one of the five works, entitled Glimpse of Blackburn Lake. Not only was the local artist impressed with the spontaneous rendering of the landscapes, evident in the work of the Australian Impressionists, Mr Dow chose to paint in the same areas where McCubbin had painted - Blackburn Lake – very close to his own home.

Council doesn’t just collect work by internationally renowned Victorian artists, our Visual Arts Advisory Committee is keen to ensure the work of local artists such as Keith Dow are represented in the Whitehorse Art Collection.

Jo Reitze’s intimate renderings of a garden during each season of the year, outline her continuing fascination with nature in her own backyard. Her artworks are not only a legacy of the Box Hill Impressionists, with their focus on intimate spaces, they are a legacy of a personal pilgrimage to Monet’s own garden in Giverny, France.

The European Impressionists, like Monet, first inspired Roberts, McCubbin and their peers, to view their own landscape with fresh eyes and to forge a new style of painting still practiced by many artists today.

You can also access a copy of Council’s Artists’ Trail at the Whitehorse Artspace website, to discover the famous works painted in Box Hill and Blackburn in the 1880s.