Schwerkolt Cottage was built in 1884 by August Schwerkolt who migrated to Victoria from Germany and purchased 63 hectares of land in Mitcham. Paulina his first wife died also in 1884, leaving behind a grown family.  The following year August, who was then 62, married Wilhelmina Oppel, a German widow with three daughters.  August and Wilhelmina had three children: twins Johan (John) and Bertha in 1885 and a daughter, Mary, in 1887.  Tragically, Bertha died at two weeks of age.

They settled Schwerkolt, transforming the property with fruit trees and vines, keeping poultry and bees, making wine and creating a stone quarry.

View the mini-tour of Schwerkolt Cottage and see photos of the cottage below. 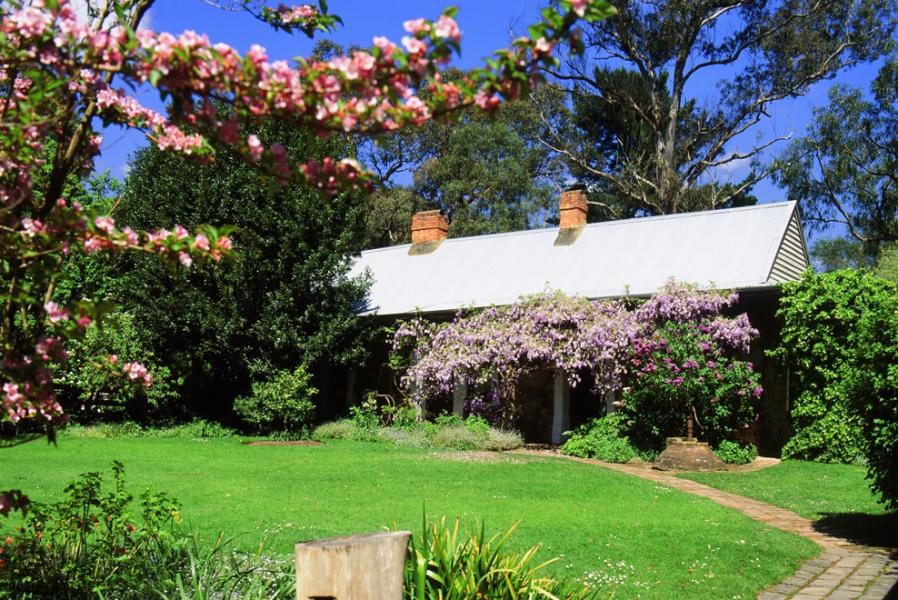 Schwerkolt Cottage is a historic museum complex surrounded by 2.25 hectares of bushland. The cottage was constructed using stones from a nearby quarry located within the original 63 acres purchased.

Schwerkolt Cottage is a historic museum complex surrounded by 2.25 hectares of bushland. The cottage was constructed using stones from a nearby quarry located within the original 63 acres purchased. 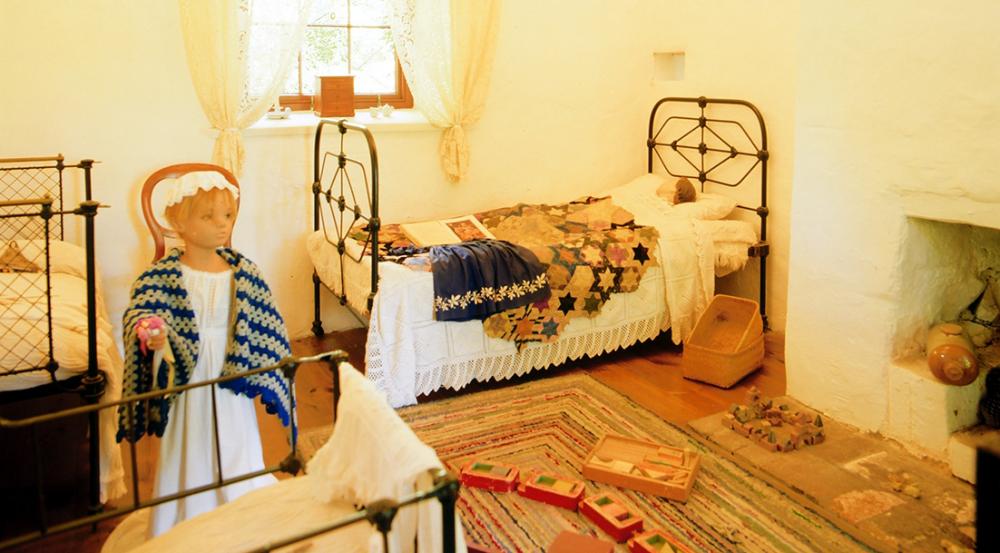 The children’s bedroom at Schwerkolt Cottage where John and Mary slept. 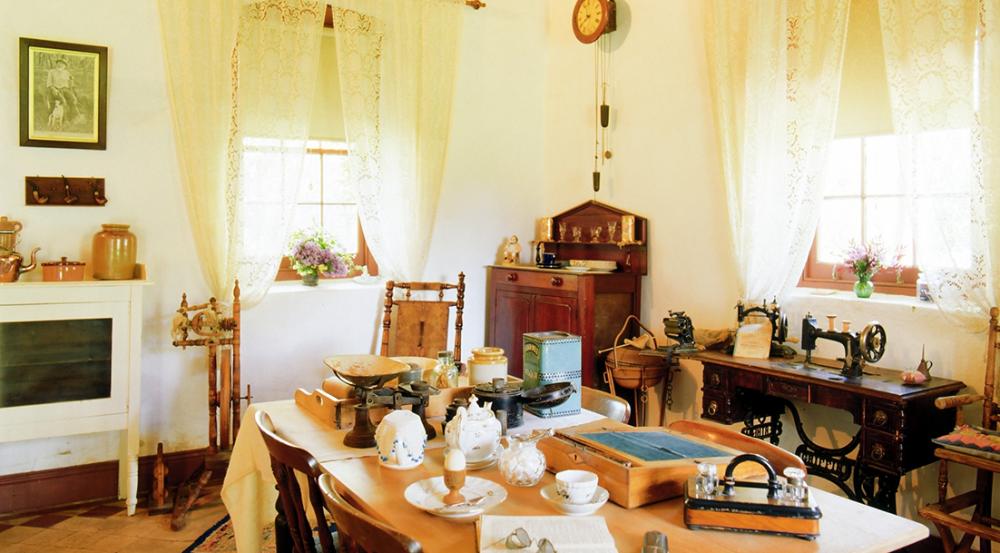 The room set up as a kitchen today was the drawing room or lounge room. It was also used to store fruit in the hot weather. August’s second partner Wilhelmina added a kitchen after August died. 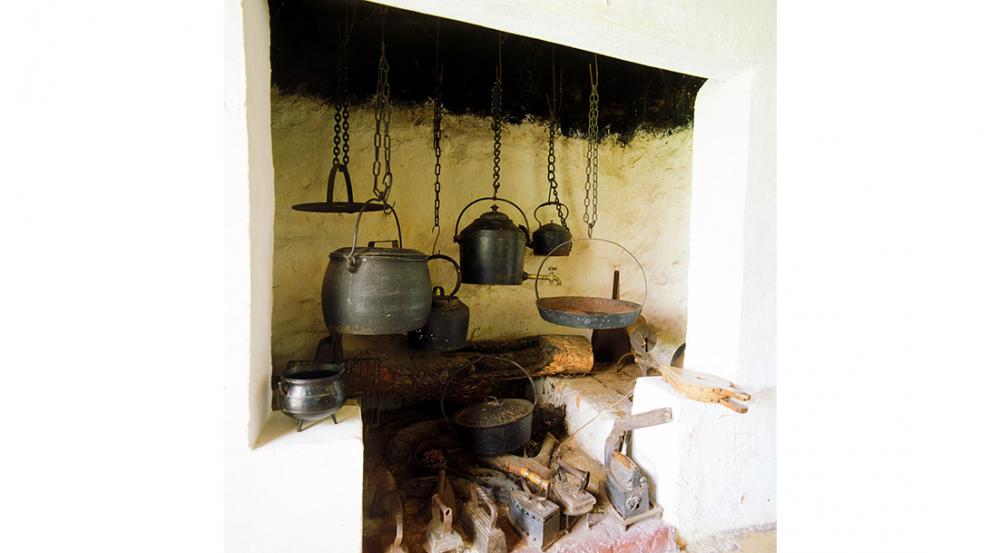 To have a bath, buckets of hot water were carried from the copper stove to the bath in the kitchen. 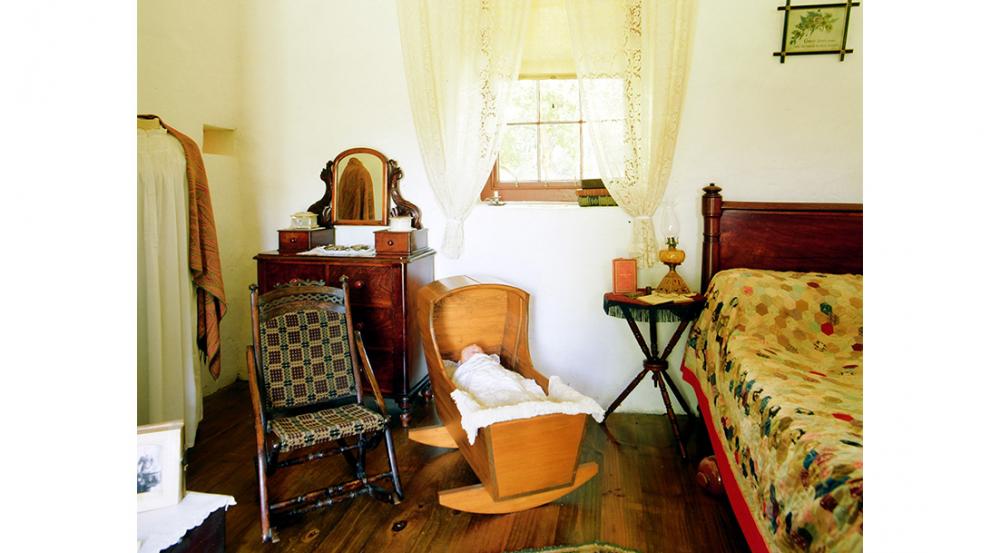 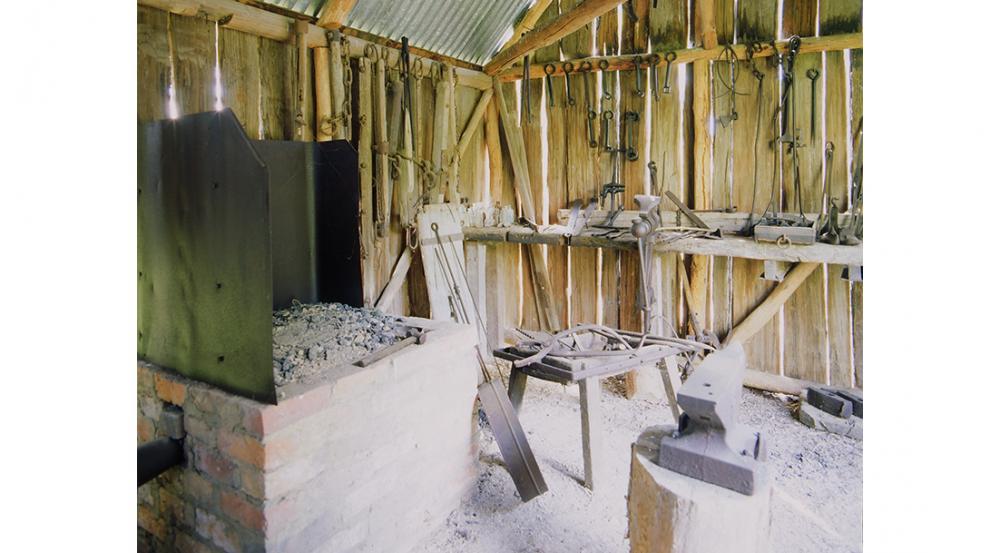 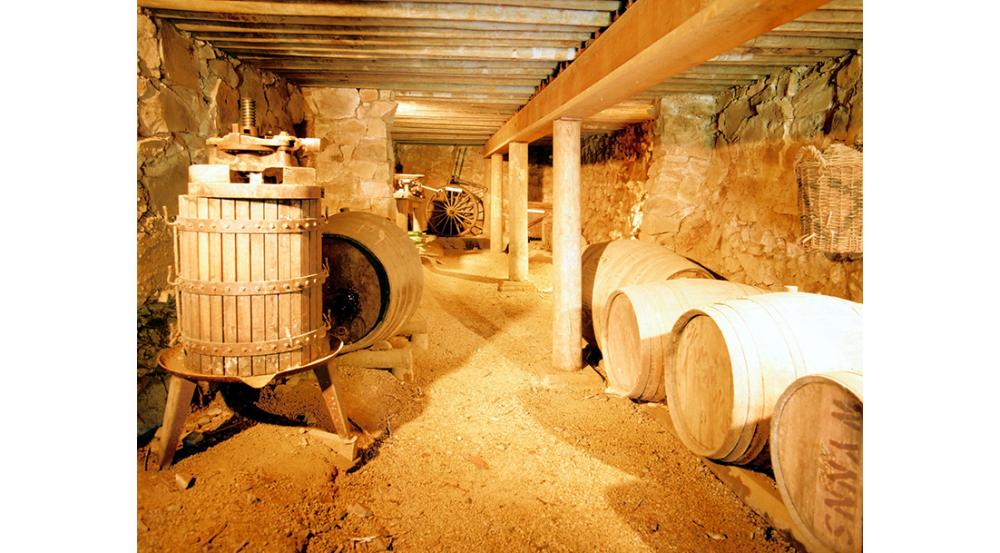 Built into the side of a small hill, the wine cellar remains in its original structure. The roof collapsed with time and has since been restored, containing artefacts related to local wine production. 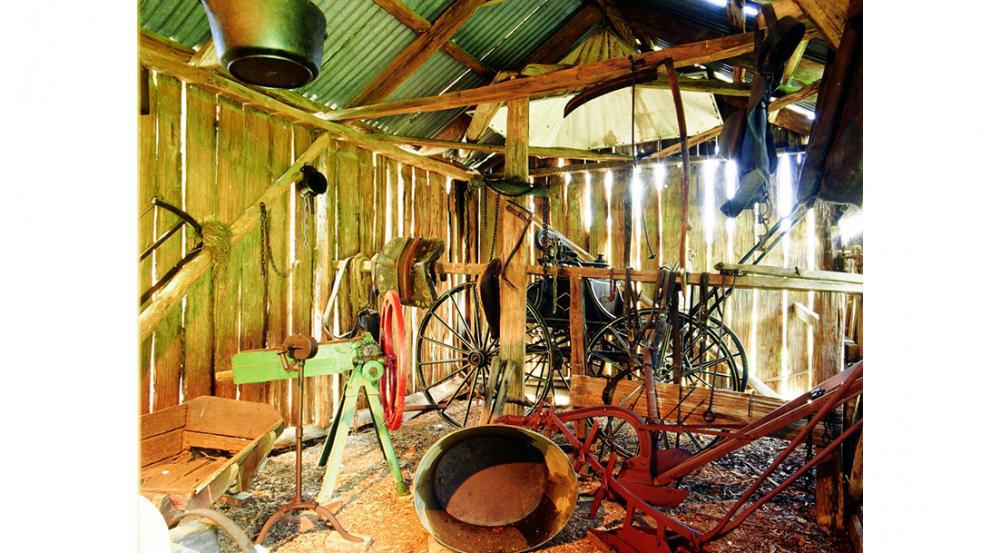 The barn was constructed of timber slabs and displays the tools of trade of a Blacksmith’s trade. A horse and buggy are one of the many items displayed in the barn. 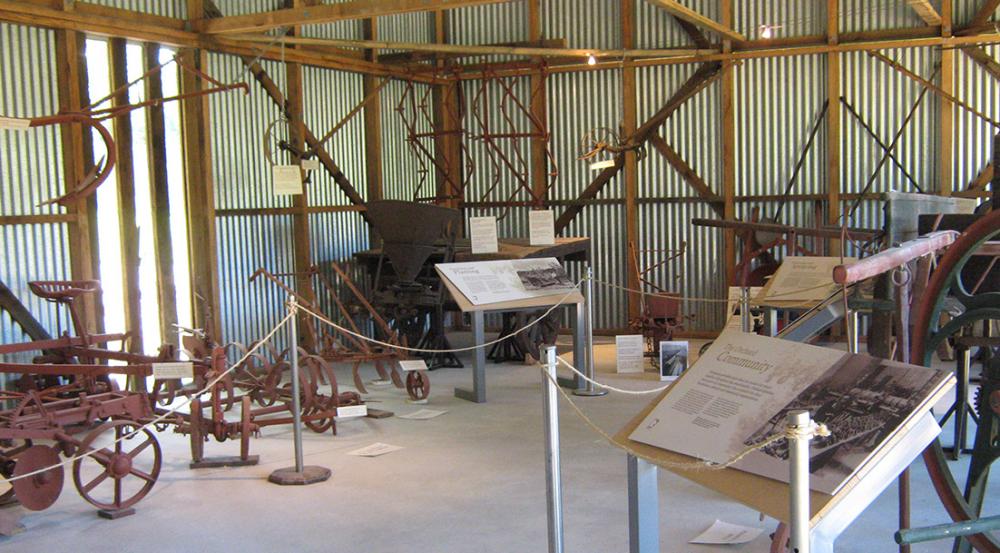 The orchard shed was constructed in 2007 and displays farming implements specific to the orchard industry flourishing in the area from the 1800s to the 1950s. 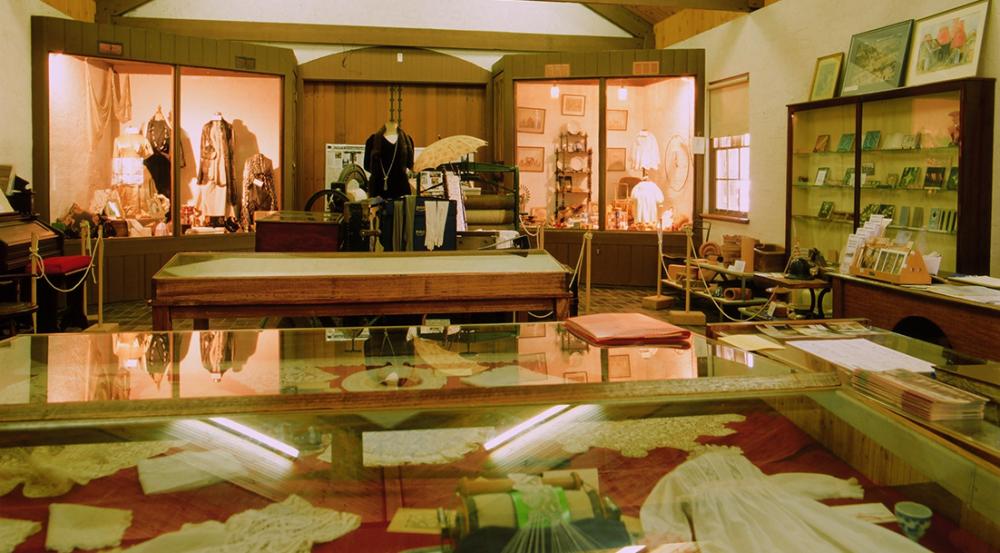 Built in 1977 and extended in 2011, the museum is a step back in time as you gaze upon everyday items from the last century and beyond.

To find out more about Schwerkolt Cottage and Museum Complexvisit the History of Schwerkolt webpage.