A long time Whitehorse and Eley Ward resident, Cr Skilbeck is married to David Smith and they have an adult daughter. Cr Skilbeck has science and law degrees and post graduate qualifications in corporate governance. Cr Skilbeck is a cricket tragic and a member of the Carlton Football Club. Cr Skilbeck values strong connections with many of the Christian churches in Whitehorse, while working equally with people of all faiths and none. She loves walking anywhere there are trees, and cooking; especially Christmas mince pies.

Cr Skilbeck is passionate about excellent governance and genuine social inclusion. She has been on boards in education, international community development, community banking, professional standards, and superannuation. Cr Skilbeck focusses on bringing both strategic big picture and accurate operational detail into any interaction.

Cr Skilbeck is a past president of the Whitehorse Preschool Association and has numerous less formal links to community dialogue and activity in Eley and across the municipality. 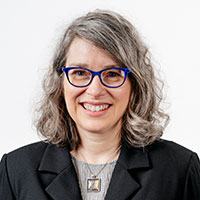