Burwood Heights is a Major Activity Centre under Plan Melbourne 2017 - 2050, the Victorian Government’s metropolitan planning strategy released in May 2017.

Key sites in the Activity Centre include:

The Structure Plan has since formed the basis of local planning policies in the Whitehorse Planning Scheme for the Activity Centre. More specific and detailed planning has been carried out for the former Brickworks Site.

The current land owner Frasers Property Australia has been actively pursuing its vision to develop the site for a mix of uses including a diversity of housing, a shopping centre, open spaces, new roads, pathways and other associated infrastructure.

The project commenced in mid-2018 starting with construction of the shopping centre. The full site development is expected to be completed by 2025. 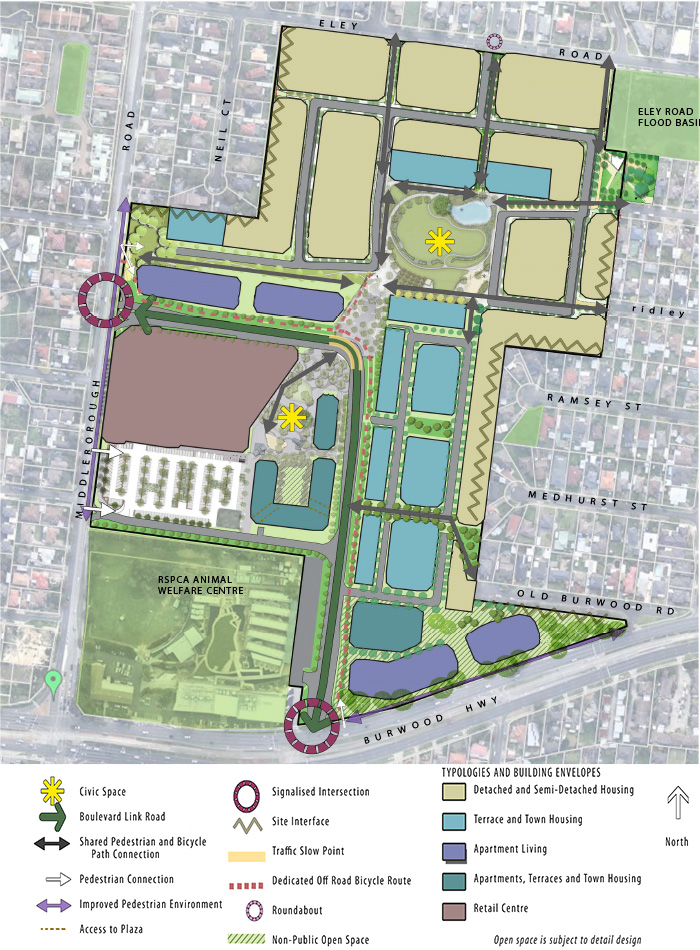 The overall Development Plan for the site prepared by Frasers Property was first approved by Council in July 2016 and endorsed in February 2018.

In October 2018 Frasers Property proposed changes to the Development Plan to add entertainment-related uses, such as a cinema, to the mix of potential uses in the retail centre.  The changes also updated demographic information and the economic impact assessment, and affected the following documents:

The approved Development Plan is used to guide the development of the Former Brickworks and can be accessed below:

Next steps involve planning permit applications for different stages of the development which will be assessed against the approved Development Plan and the Whitehorse Planning Scheme.  Below is list of the Significant Planning Permits issued for the site to date.