Cr Lane lives locally with his wife and family and are all active members of a number of local sporting clubs. He has a degree in applied science, computer science, maths and stats and loves numbers. He also has qualifications in HR, business management and business support (coaching).

Cr Lane is interested in finding efficiencies in processes and help making things work better and within frameworks. For many years he has led high performing teams in analytics and reporting, with a goal of using data to tell the story for better decision making.

Cr Lane led the building of the outdoor pool at Aqualink Box Hill ahead of schedule, saving the community significant funds. He also advocated for the Healesville Freeway land to be used as open space and lobbied for funding for an upgrade at Sportlink. 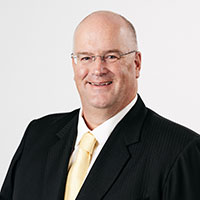