Cr Liu has spent most of her life in Box Hill – having grown up in the area – and remains a local resident.

Cr Liu holds a Bachelor and Master Degree – in Information Systems and Commerce respectively – from Melbourne University and currently runs her own event management business in Box Hill.

Cr Liu is an active and engaging community leader, who is committed to advocating for the needs of the community. She has assisted with various community initiatives such as safety and crime prevention, food safety, recycling/waste management, local business, arts and cultural activities and sport engagement. Cr Liu’s interests include community service and engagement, community health and wellbeing, sustainability, urban design, transport, local business and animal welfare.

In 2016, Cr Liu was elected as a Councillor to represent the former Elgar Ward and in 2020, was re-elected as the Councillor for the new Sparks Ward. Cr Liu is also an honorary member of Rotary Club of Mont Albert and Surrey Hills and an honorary advisor to the Melbourne Taiwanese Chamber of Commerce and in 2019 was Chair of Whitehorse Manningham Library Corporation.

Cr Liu enjoys nature, cooking, writing, history, the arts and exercising – including hiking with her dog. 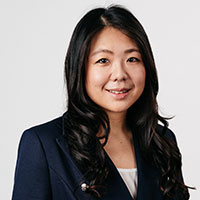