We have joined forces with six other eastern Melbourne councils to tackle ageism across the region.

Ageism is stereotyping, discrimination and mistreatment based solely on a person’s age. When it is aimed at older people, ageism comes from negative attitudes and beliefs about what it means to be older.

Ageism exists when someone is considered ‘too old’ for something like a job or promotion. Essentially, it is a lack of respect for older people. It affects people’s self-confidence, quality of life, job prospects and health. At its extreme, ageism contributes to elder abuse.

For more information about ageism watch this short video – Imagine a world without ageism from the EveryAGE Counts campaign (narrated by Bryan Brown). 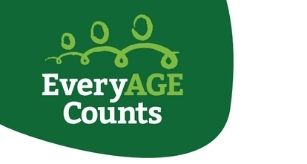 We have an ageing community and are committed to tackling the issue of ageism. To that end, we have developed a joint campaign with six other councils that is designed to raise awareness about ageism, challenge the stereotypes of what it is to be older, and encourage people to speak up and take action.

The campaign is coordinated by the Inner East Primary Care Partnership with support from the Victorian Government. The seven councils involved are Whitehorse, Boroondara, Knox, Manningham, Maroondah, Monash  and Yarra Ranges.

The campaign ties into and supports the national EveryAGE Counts campaign.

It is also supported by the Eastern Community Legal Centre and the work the centre does to prevent elder abuse through the OPERA project.

There are many ways you can get involved and learn more:

Together we are striving for a region without ageism. We want to celebrate older people as a diverse group, with diverse interests who contribute an enormous amount to our communities, families, organisations and economy.